The Department of Environmental Law of TSUL organizes an international scientific and practical conference on the topic “Land ownership: theory and practice”.

The international conference will start on April 20 at 10:00. 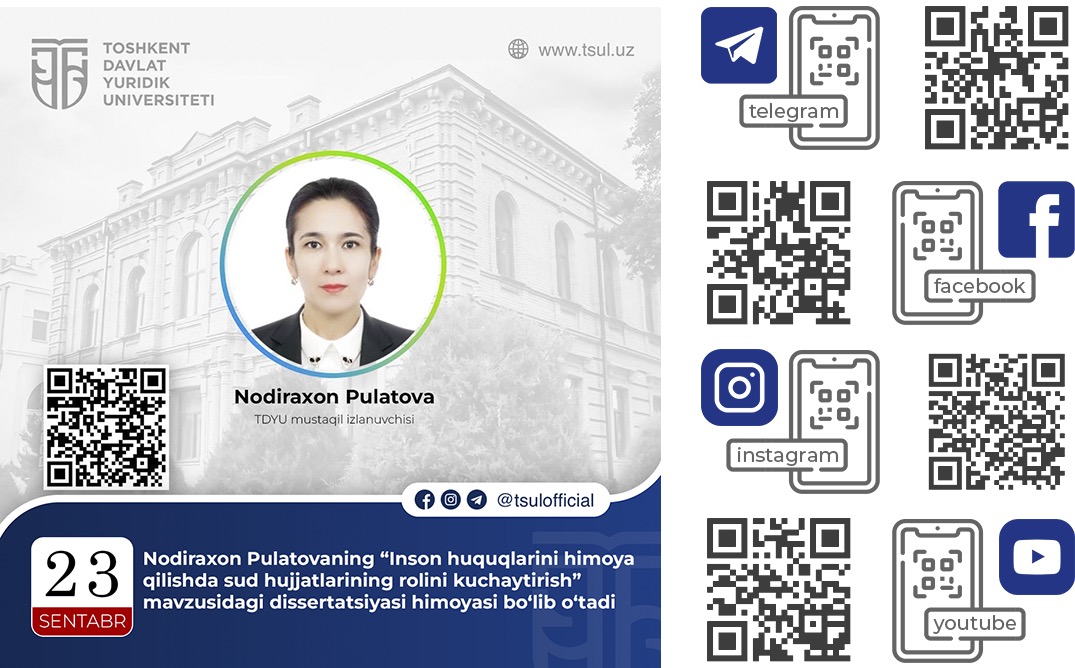 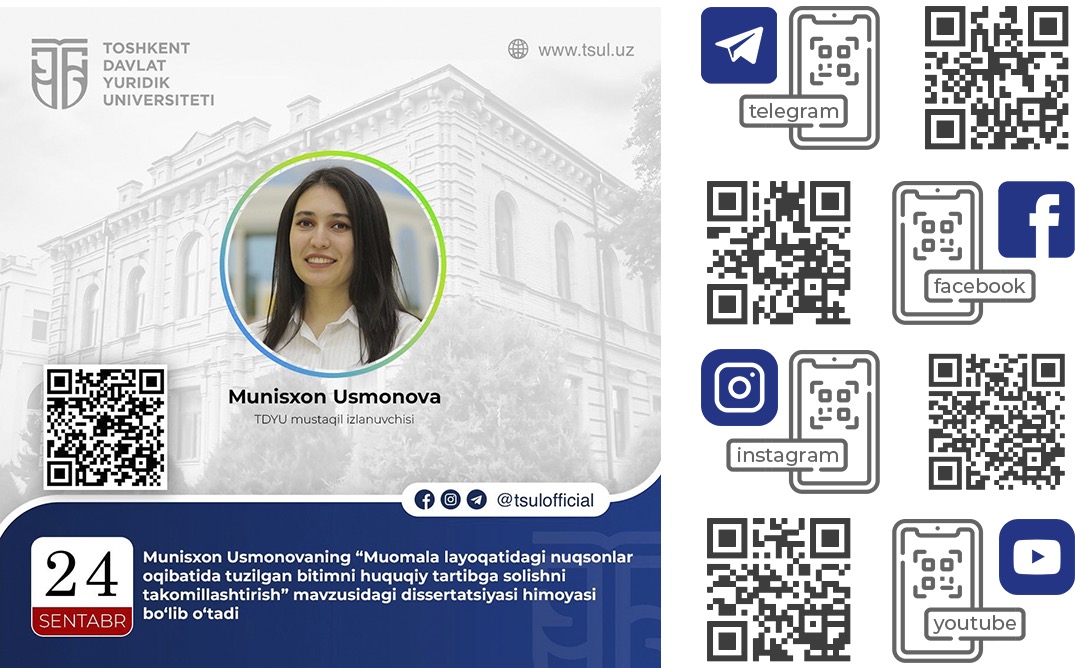 Defense of a doctoral dissertation (PhD)

Apr
A group headed by the Rector of TSUL A. Tashkulov met with the Department of Public Education of Sergeli district and 26 school principals
10

Okt
The "Erudite Lawyer" contest was held at academic lyceum
26

Okt
A spiritual and educational event under the motto "Ona tilim, sen ruhimning qanotisan" was organized in the Student Dormitory