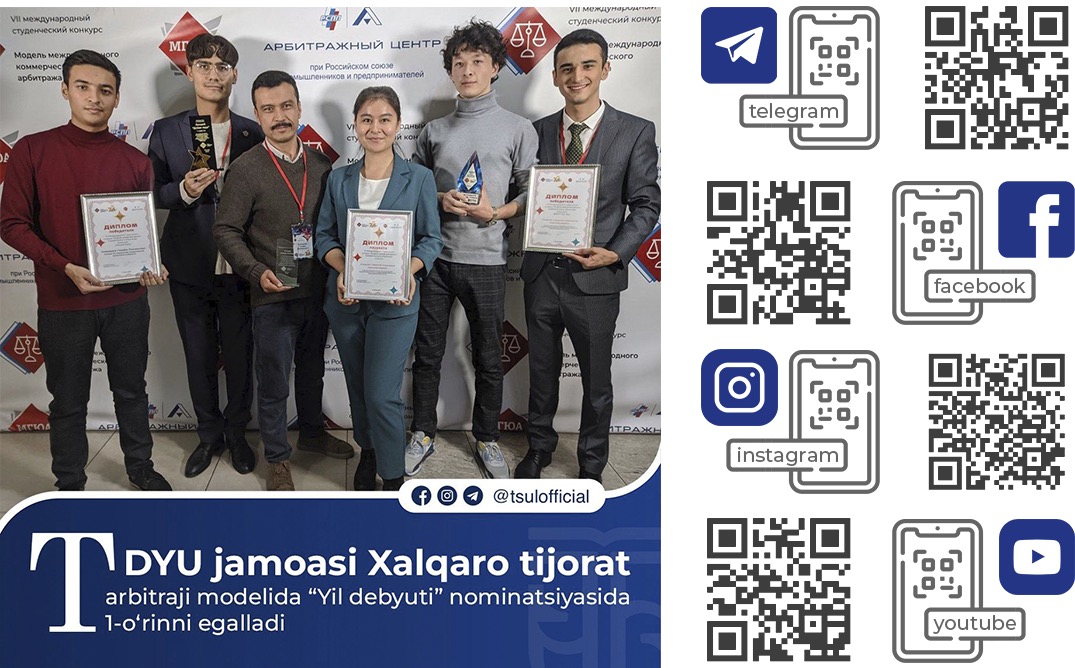 Moscow State University of Law Ned after Kutafin and the Russian Union of Industrialists and Entrepreneurs held the traditional Model of International Commercial Arbitration.

The University team headed by Utkirbek Kholmirzaev, Head of the Business Law Department of Tashkent State University of Law took part in this competition.