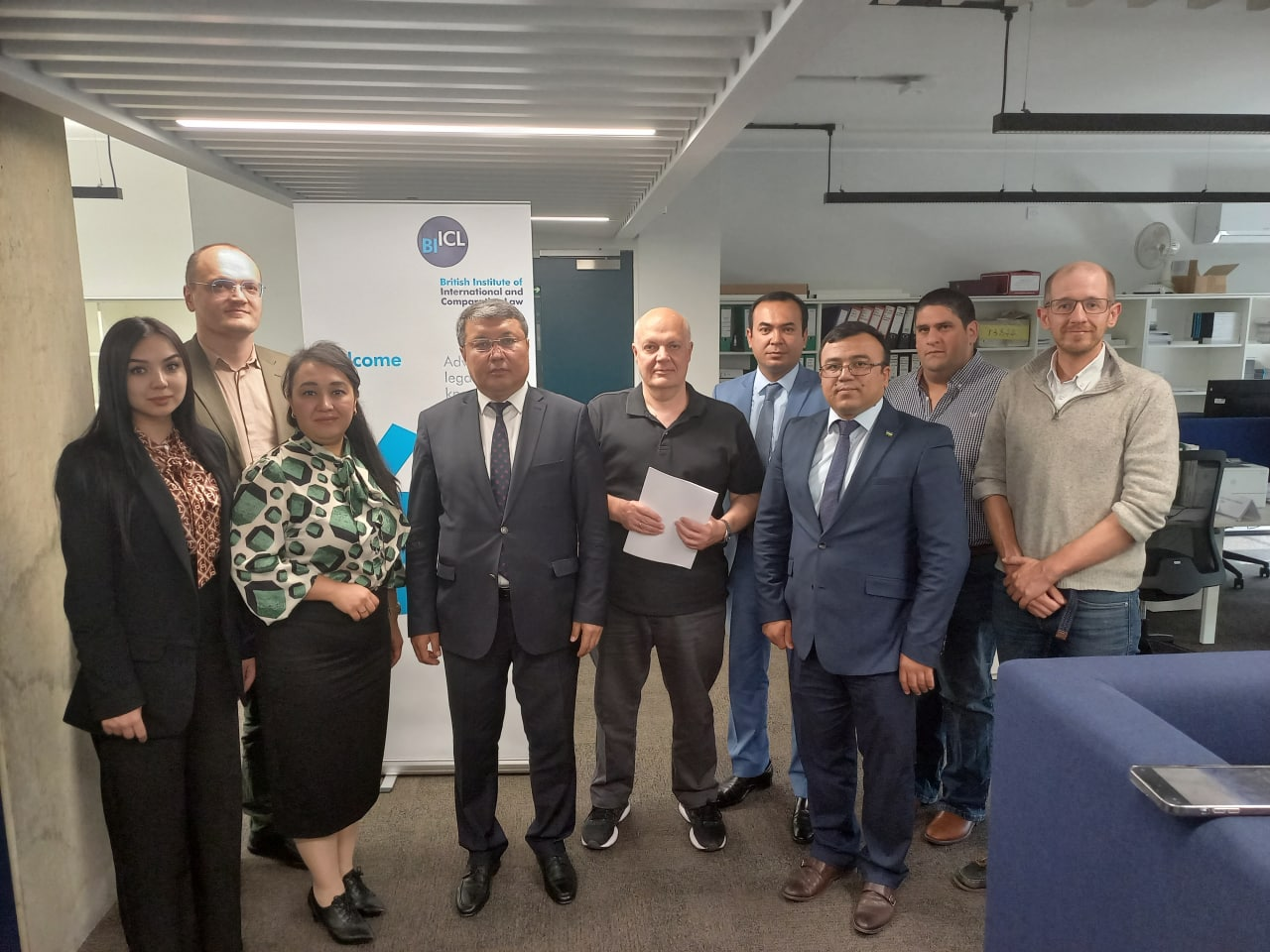 During the visit of TSUL delegation to London, a meeting was conducted with the representatives of the British Institute of International and Comparative Law (BIICL).

During the meeting conducted in the form of open dialogue, the Institute and the University reached an agreement on the use of the English commercial law in Uzbekistan, the research on more than 10 fields: English competition law, intellectual property law, Legal Tech, cyberlaw, organizing seminars and training and staff exchange program in the British courts and law firms.

As a result of the meeting, an agreement was signed on cooperation between Tashkent State University of Law and BIICL on the implementation of the above-mentioned works and plans.