A team of "Student Ambassadors" started working at TSUL 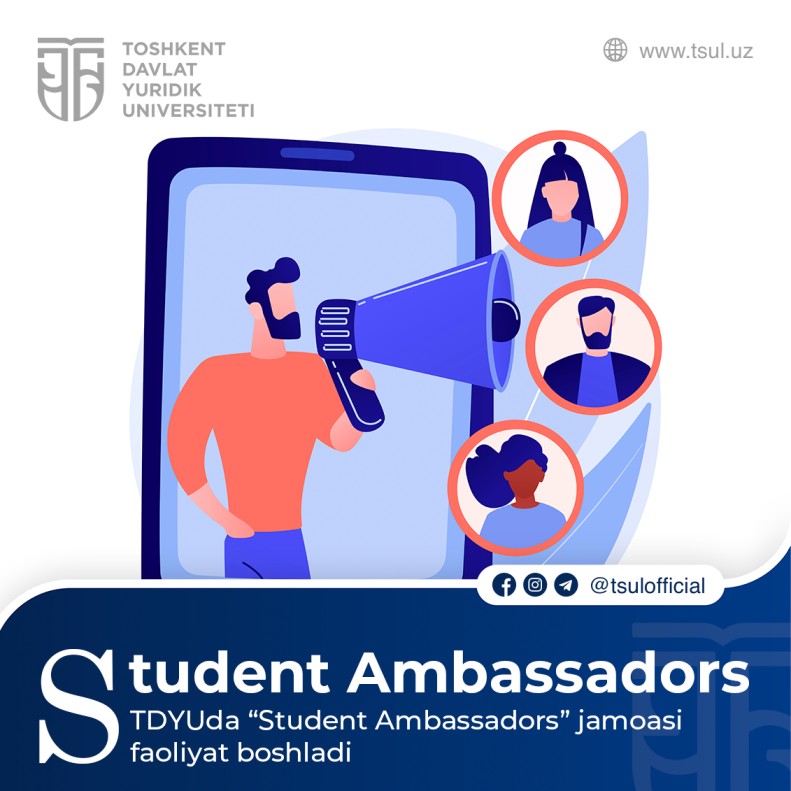 A team of "Student Ambassadors" has been established at the Tashkent State University of Law, consisting of students with high moral and diplomatic qualities, fluent in several foreign languages, and knowledgeable about the national legal system.

Undergraduate and graduate students can become members of the team, which was created to attract foreign tourists to TSUL, to increase the interest of the world community in our country and Tashkent State University of Law through the formation of a sense of respect for Uzbek society and culture among foreign students.

The team organizes various competitions and events, such as "Do you know Uzbekistan?", Which are aimed at informing foreigners about our national legal system, spreading the features of this system around the world, creating a sense of respect for Uzbek society and culture, increasing the interest of foreigners in TSUL.

The team is also engaged in informing Uzbek youth, teachers, and foreign students studying in foreign higher educational institutions about the work carried out at the Tashkent State University of Law, reforms in the education system, as well as organizing meaningful leisure time for foreign boys and girls studying at TSUL, promoting the solution of various problems related to the educational process.

Special badges will be provided to members of the Student Ambassador's team. They will conduct activities voluntarily.