The "Erudite Lawyer" contest was held at academic lyceum 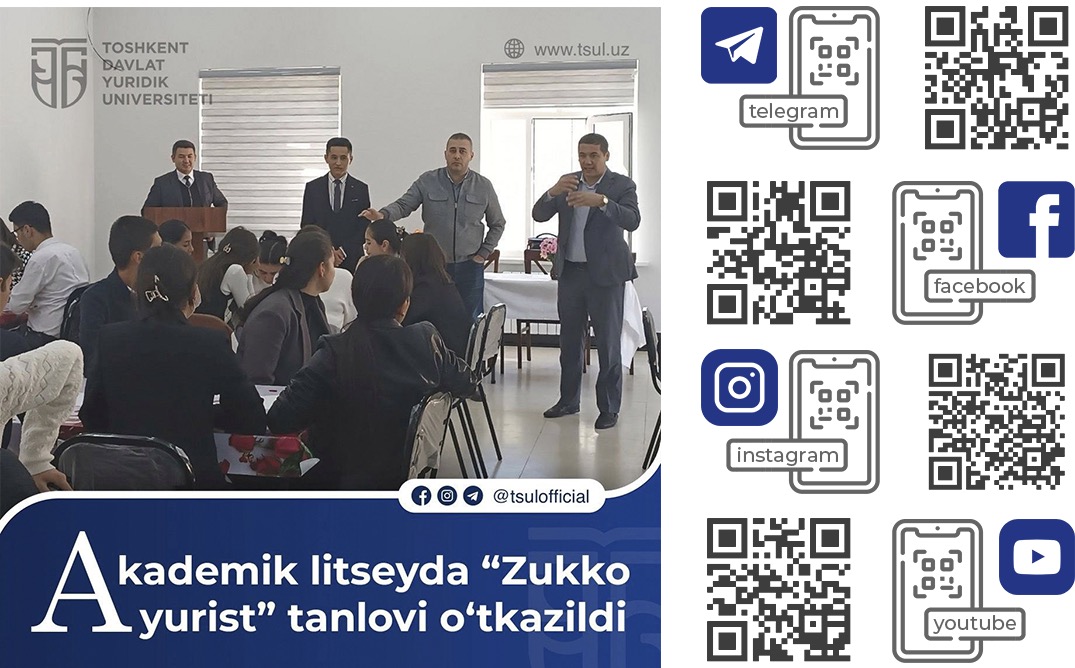 The first round of the "Erudite Lawyer" contest was held among the students of the academic lyceum under Tashkent State University of Law.

After that, the main part of the competition began. Project coordinator Shokhzhakhon Abdusattarov explained to the participants the order and rules of the contest.

In the framework of the contest "Erudite Lawyer" aimed at organizing meaningful leisure of students, strengthening their legal knowledge and increasing their intellectual potential, wide promotion of reading, the 2nd year students of the academic lyceum answered questions on different branches of law.

At the end, 5 teams, which scored the highest points, got the referrals to the final stage of the contest.

For reference: The competition "Erudite Lawyer" for the 1st year students of the academic lyceum under TSUL will take place on October 24 at 13:30.