A seminar training on the topic “Administration of justice with gender equality” was organized at the Hilton hotel in Tashkent. 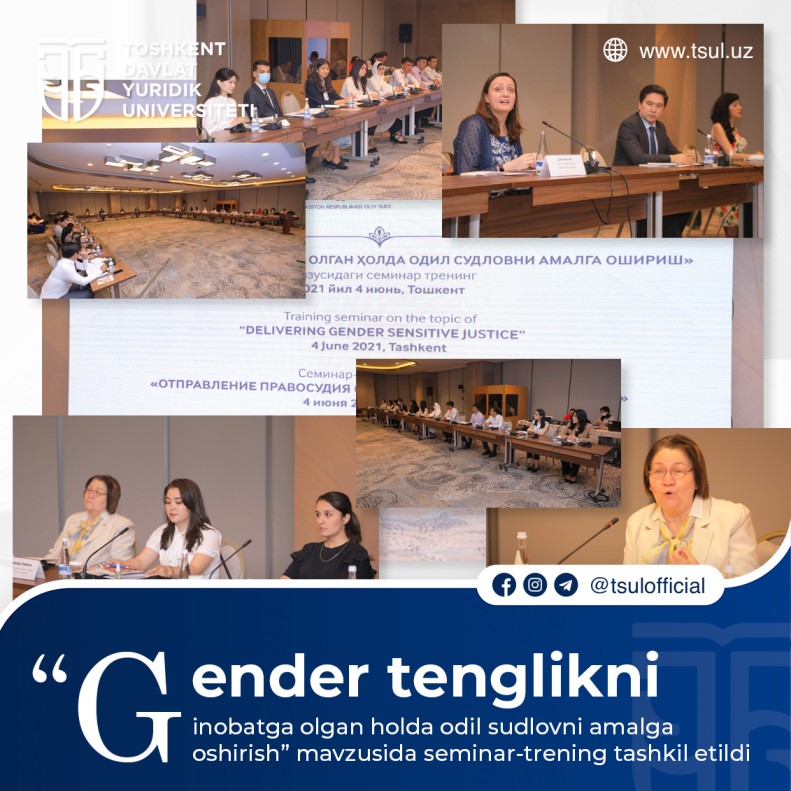 The event was organized jointly with the Tashkent State University of Law, the University of World Economy and Diplomacy with the support of a joint project of the Supreme Court of the Republic of Uzbekistan, the United States Agency of International Development (USAID), and the United Nations Development Program "Partnership of the Rule of Law in Uzbekistan", was attended by experts spheres, teachers and students of two universities.

During the training seminar, issues of ensuring gender equality in the administration of justice, elimination of gender discrimination in this process, increasing the role of women in the judicial system, as well as the tasks identified in the Strategy for Achieving Gender Equality in the Republic of Uzbekistan until 2030 were discussed.