Children from families included in the "Iron notebook", who study at public universities, will be paid the amount of the contract for the first year of study 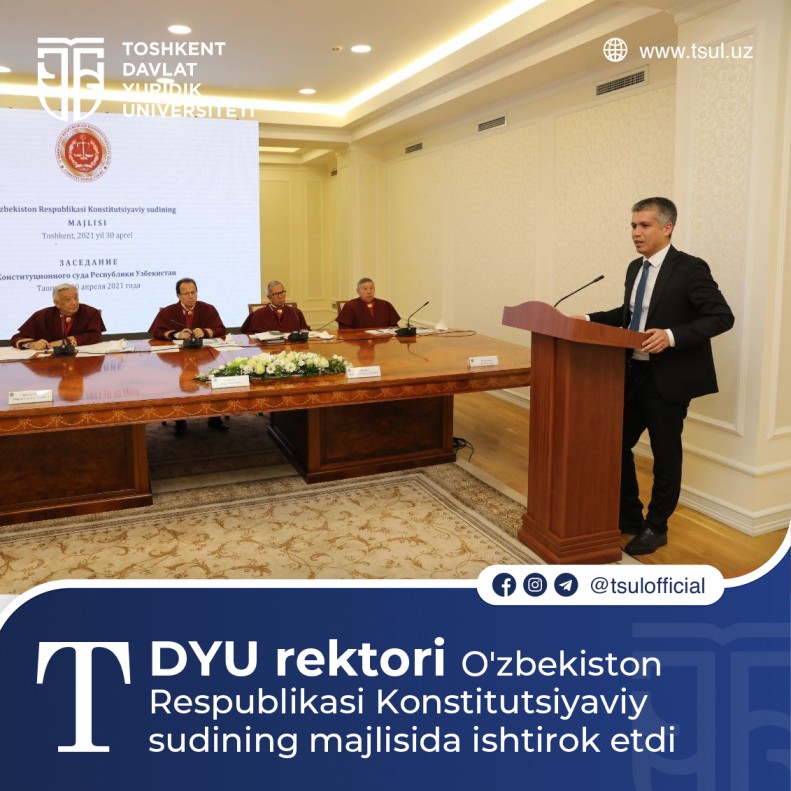 A Presidential Decree "On additional measures for comprehensive support of young people and further increasing their social activity" (PF-6260 of 13.07.2020) was adopted.

According to the decree, in August 2021, a one-time financial aid in the amount of 500 thousand soums will be provided for each child under the age of 18 from the families included in the "Iron notebook".

Children from families included in the "Iron Notebook" and studying in public higher education institutions for the first academic year in 2021/2022 are covered by the full amount of the contract.

In addition, 2,000 young families are given subsidies for the purchase of housing with a down payment and interest payments under the mortgage program.

Starting from September 1, 2021, the students studying in the higher educational establishments of the republic on a fee-paying basis will be allocated educational loans in the amount of the basic interest rate of the Central Bank with the condition of repayment within seven years starting from the seventh month after completion of their studies.

The procedure of payment of increment to the official salary of young specialists working in state bodies, organizations, and institutions who graduated from bachelor's and master's degrees or received a scientific degree (Ph.D. and equivalent other scientific degrees) in foreign higher educational institutions included in the top-500 list of authoritative international rating organizations is introduced.

From October 1, 2021, monthly allowances are paid based on the agreement concluded between the Civil Service Development Agency, the employer, and a young specialist for up to 3 years, each month in addition to the salary of a young specialist. 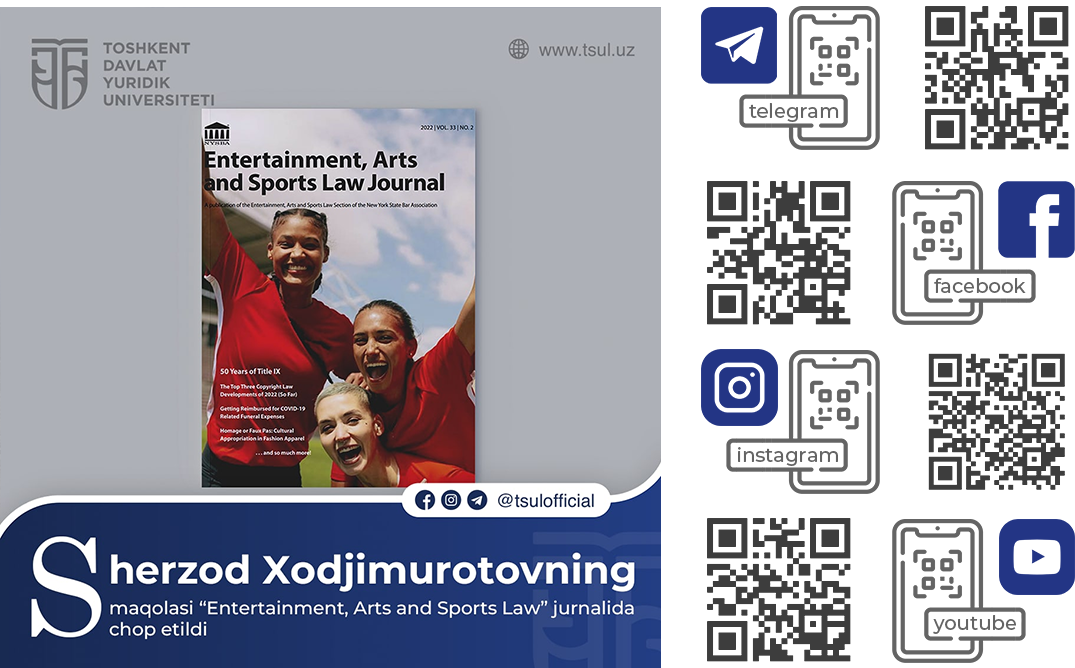 The articleby Sherzod Khojimurotov has been published in the journal of "Entertainment, Arts and Sports Law" 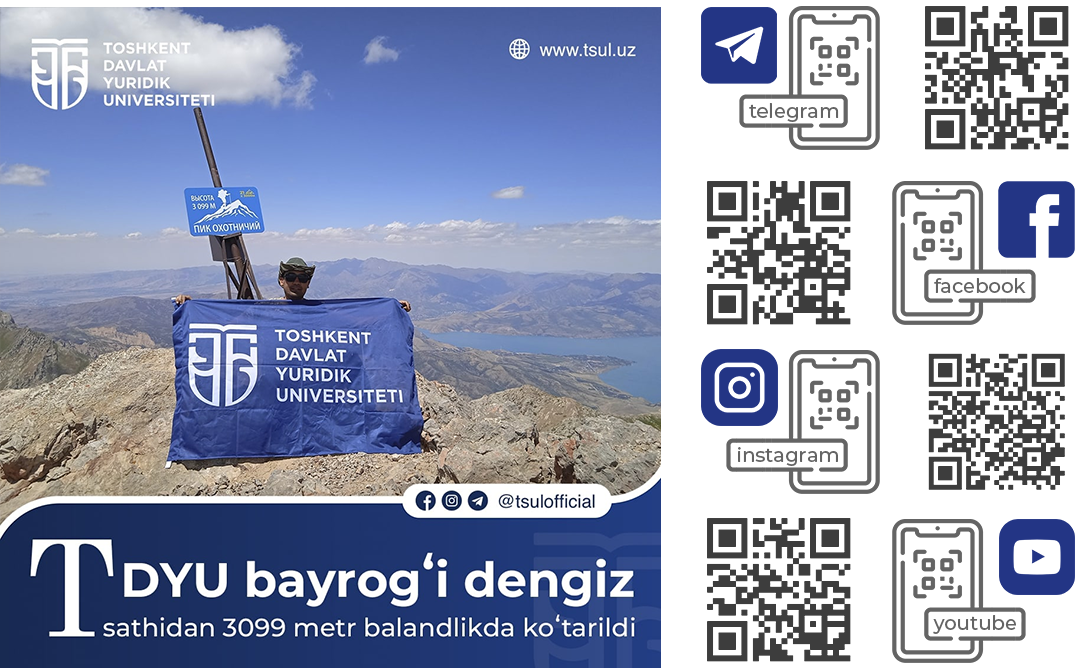 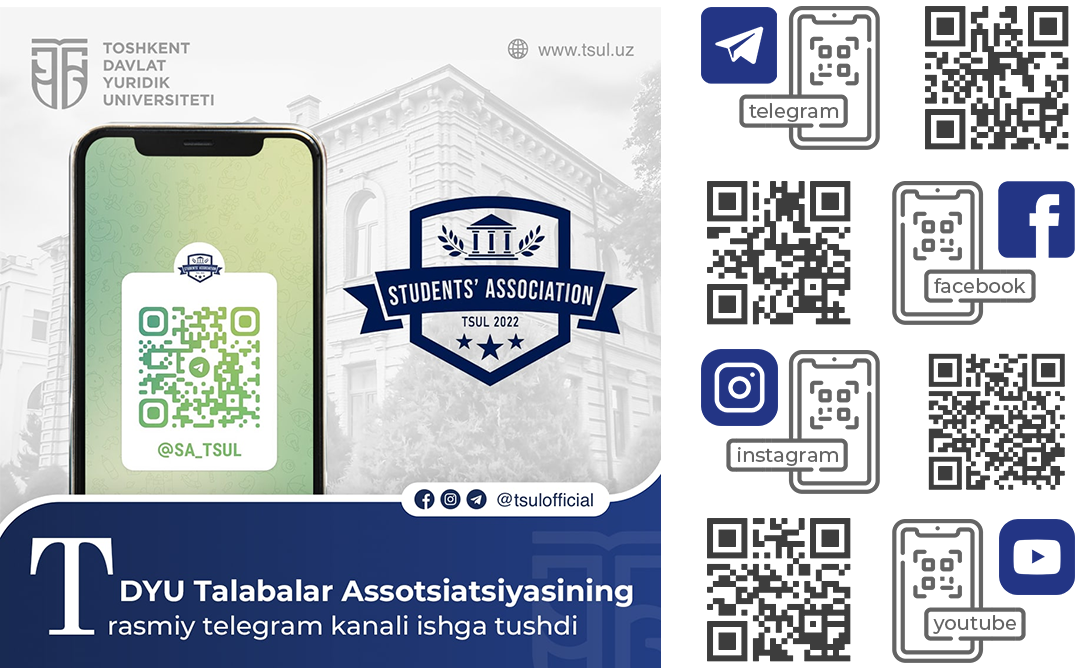 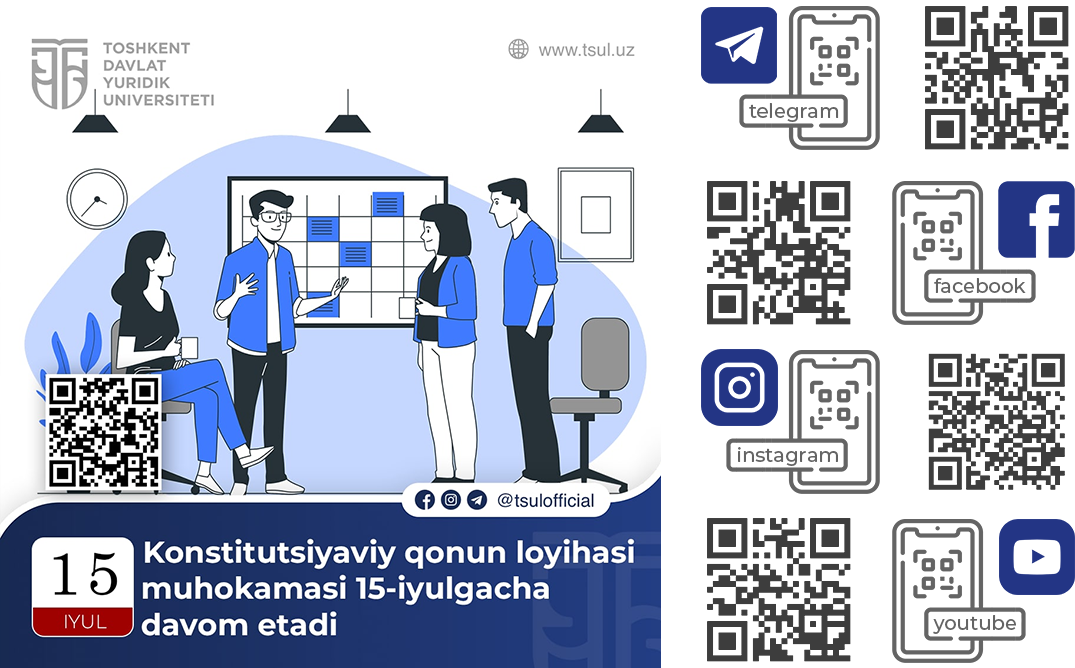 May
100 trainees will be accepted to the retraining course
15

Mar
The competition to fill vacancies is announced in TSUL
15