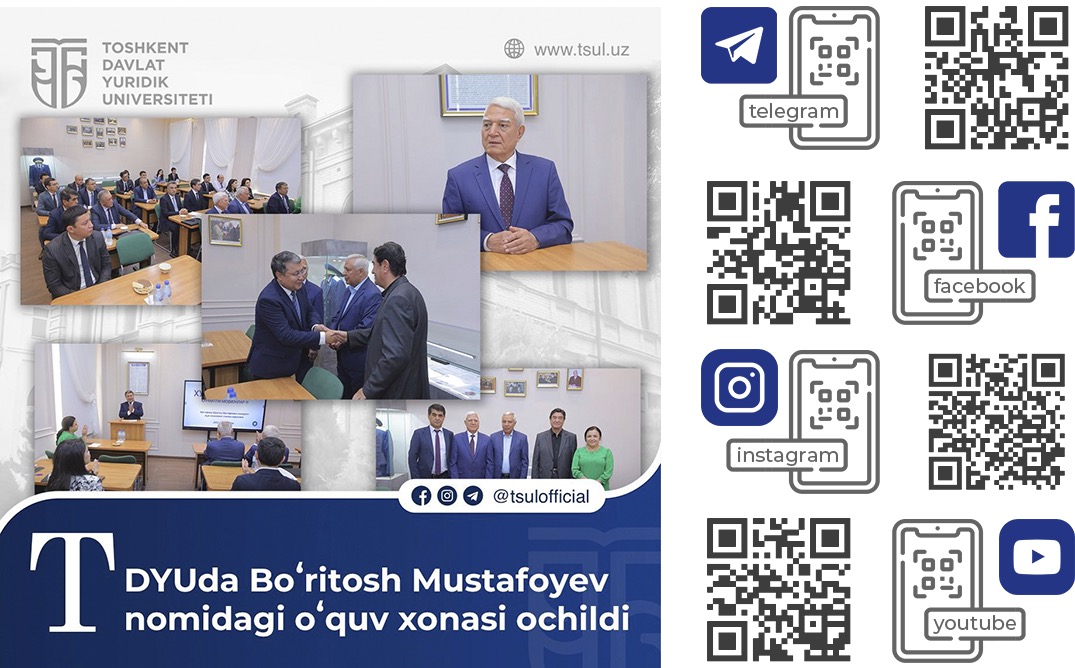 The event, organized on the initiative of the department of court, law enforcement agencies, and advocacy, was attended by the representatives and veterans of the Association of Judges of the Republic of Uzbekistan, the Public Center for social support of veterans of prosecution, members of the Council of Veterans of Tashkent State University of Law, teachers, students, family members and students of Buritosh Mustafoev.

As noted at the event, B. Mustafoev in life was a very sincere and modest man, and the main criteria of his work considered fairness, honesty, and demandingness. As a lawyer with vast life experience and profound knowledge, he directly helped many young people throughout the country in learning the secrets of the legal profession and find their place in life. Therefore, many speak with special respect for B. Mustafoyev as a selfless teacher and sincere person.