International Uzbek-Kazakh Scientific and Practical Forum "The Law of Modern Uzbekistan and Kazakhstan: Status, Peculiarities and Development Prospects" has been conducted 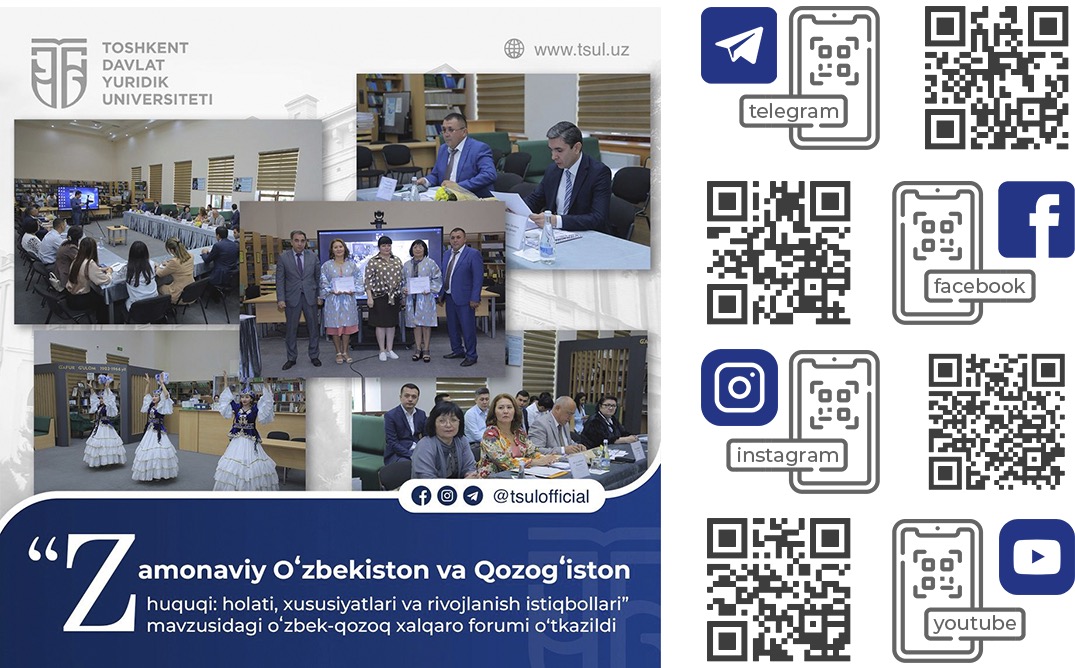 At the international event they discussed comprehensive issues of jurisprudence and exchanged their views on the state and prospects of development of law in Kazakhstan and Uzbekistan within the framework of constitutional reforms, actively implemented in recent years by both countries.

In the course of the discussion, the current state and problems in the constitutional development of the two countries were analyzed, a comprehensive scientific assessment was given, and sound proposals and recommendations for improving national legislation were made.

This event included a webinar on "Tools for preparing and publishing articles in international indexed journals", as well as a meeting with students from Kazakhstan studying at TSUL.