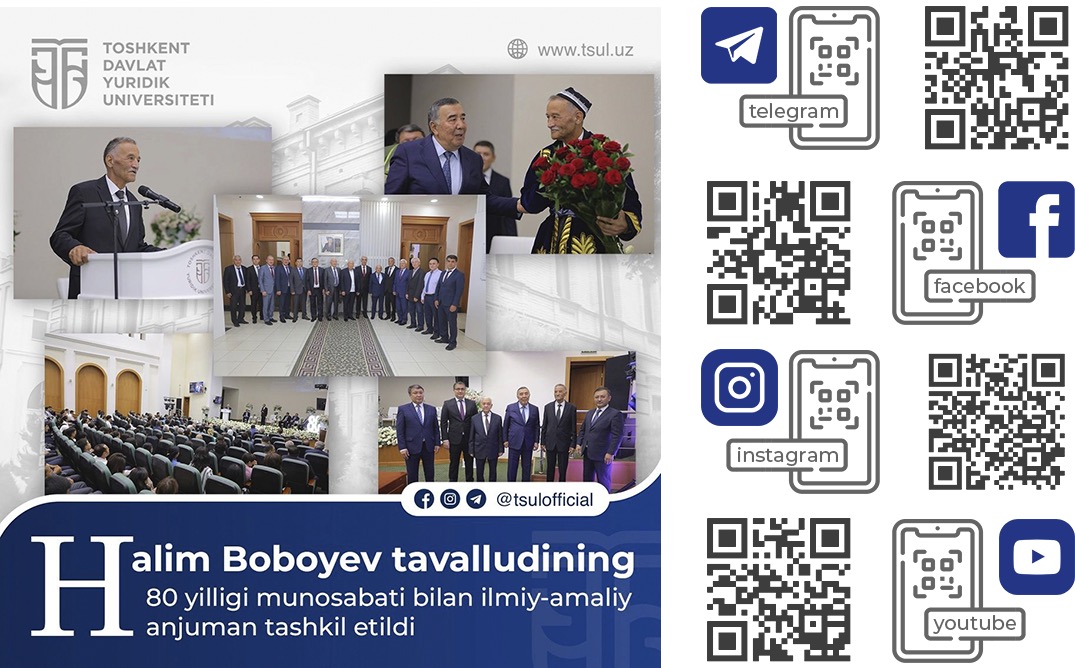 On the occasion of the 80th anniversary of the Honored Scientist of Uzbekistan, Doctor of Law, Professor Halim Boboev scientific and practical conference "Features of the development of law in Uzbekistan" was held at Tashkent State University of Law.

The conference was organized to study the life and experience of Halim Boboev, to study his scientific heritage and share it with future lawyers, to provide information on the development of law in the country and its stages, research in this area, in particular, to provide information on the activities of a lawyer-mentor to the population, especially young people.  It was attended by representatives of state and public organizations, scientists, teachers, students of Halim Boboev, honorary lawyers, and students.

The conference began with a celebratory event dedicated to the 80th anniversary of Halim Boboev. The Minister of Justice Ruslanbek Davletov, Rector of Tashkent State University of Law Akbar Tashkulov, representatives of state and public organizations, honored scientists-lawyers, and students of Halim Boboev spoke at it and sincerely congratulated the teacher on his birthday.

During the celebration a premiere of a documentary film dedicated to the life and works of Halim Boboev took place.

After that, the hearing of scientific reports began. Legal scholars, professors, young researchers, and students delivered reports on various topics.

During the conference discussions and exchange of views on the topics took place. In the end, the resolution of the scientific-practical conference was adopted.