Shukhrat Fayziyev took part in a roundtable discussion on "Constitutional Reforms in the Republic of Uzbekistan." 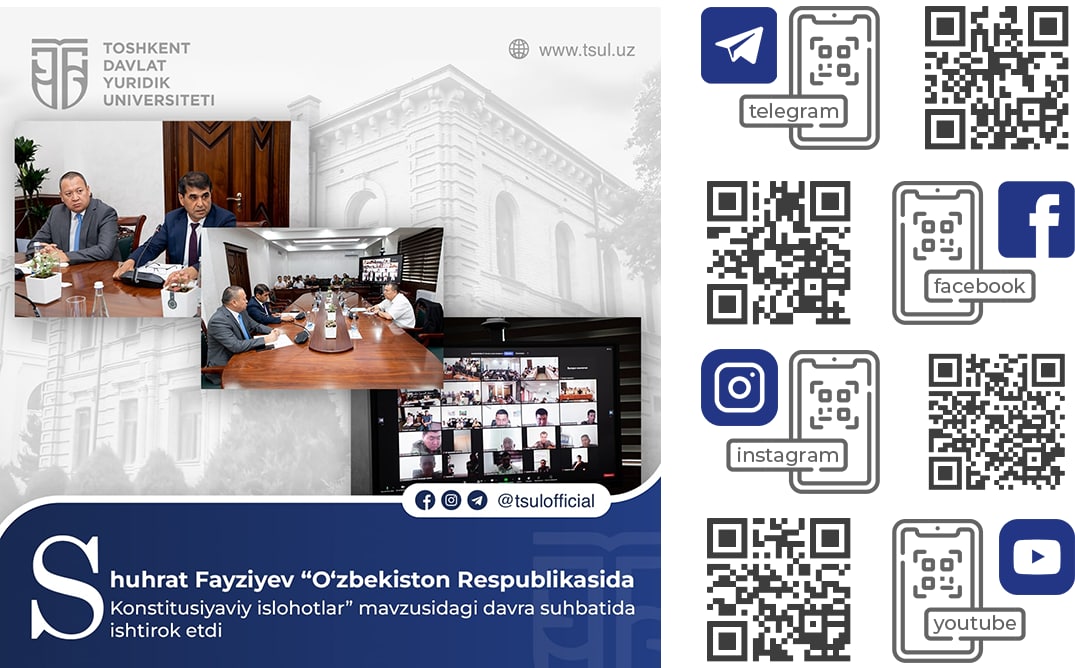 The State Ecological Committee organized a round table on "Constitutional reforms in the Republic of Uzbekistan."

The conference on the content of amendments to the Constitution of the Republic of Uzbekistan was conducted in both online and offline form, which was attended by Professor of the Department of "Environmental Law" of Tashkent State Law University, Doctor of Law - Shuhrat Fayziyev. .

It was noted at the roundtable that the amendments to the Constitution are based on the principle of "human-society-state", the draft emphasizes environmental issues as one of the main directions of constitutional reform.