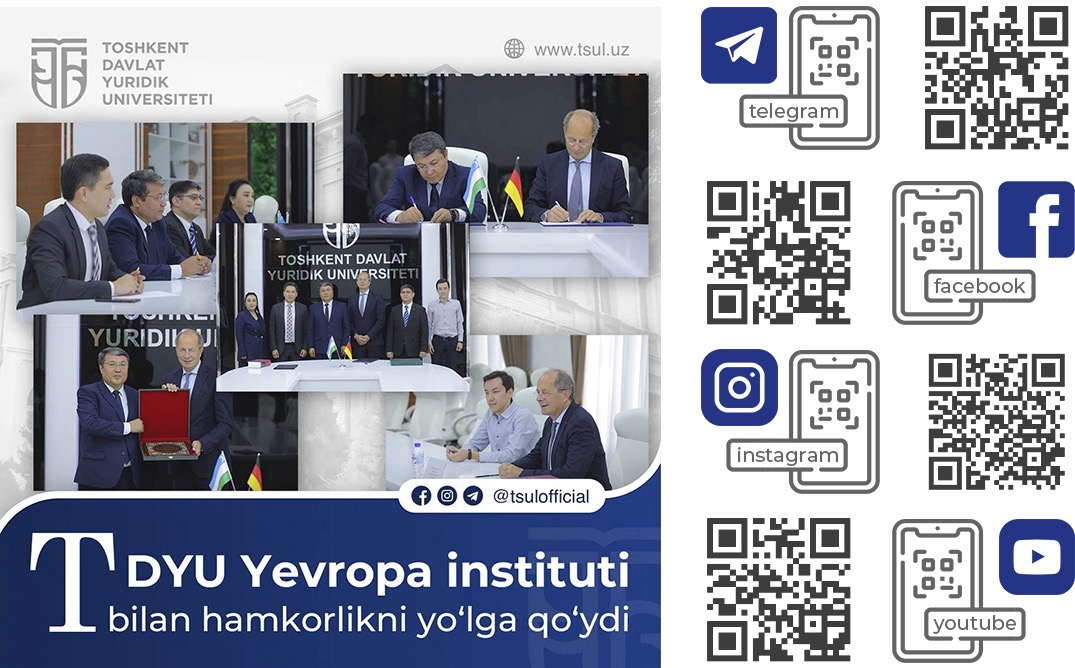 Rector of Tashkent State University of Law Akbar Tashkulov met with the Director of the European Institute of the Saarland University Mark Bungenberg.

They discussed issues of establishing cooperation between the two higher educational institutions, organization of short-term advanced training courses with participation of professors from the European Institute, exchange of teachers and students, holding classes on the law of the World Trade Organization and the law of the European Union.

At the same time the preliminary talks were held on opening a center of European Union law studies at Tashkent state university of law.

As a result of negotiations, a memorandum on cooperation between Tashkent State University of Law and the European Institute of the Saarland University was signed.

Also, professors of Tashkent State University of Law and the European Institute will have the opportunity to jointly publish scientific articles.