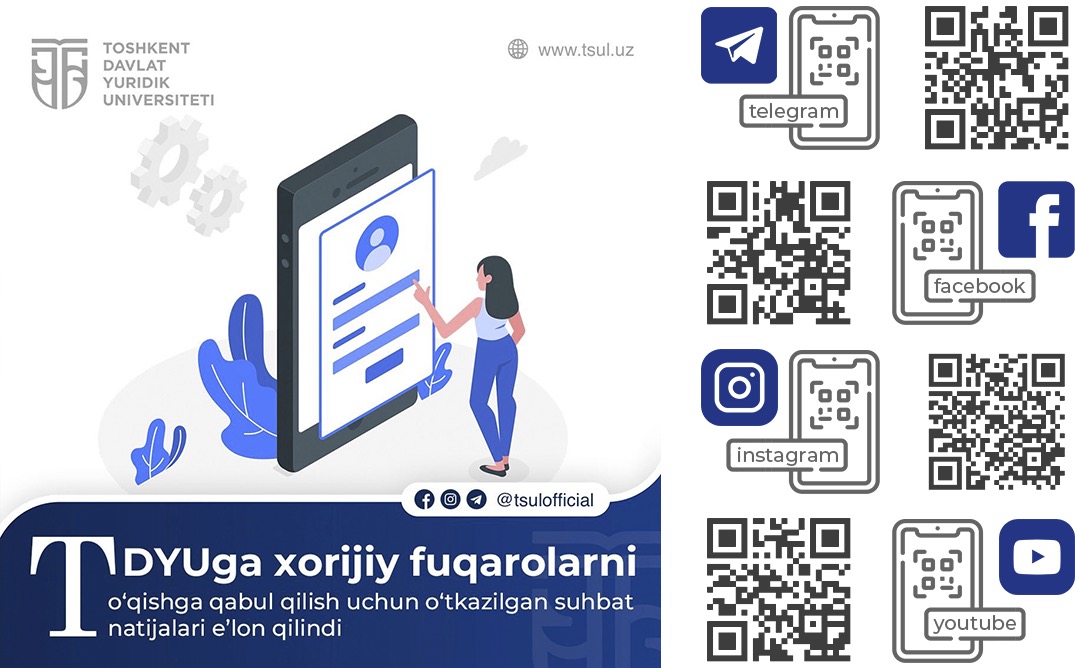 The results of interviews for admission of foreign applicants to Bachelor's and Master's programs at Tashkent State University of Law in the 2022/2023 academic year were released.

For reference: According to current rules admission of foreign applicants to Tashkent State University of Law is carried out based on interviews. Accordingly, the interview was conducted on September 13 based on the principles of openness and transparency.