Areement on cooperation was signed between TSUL and Times Higher Education 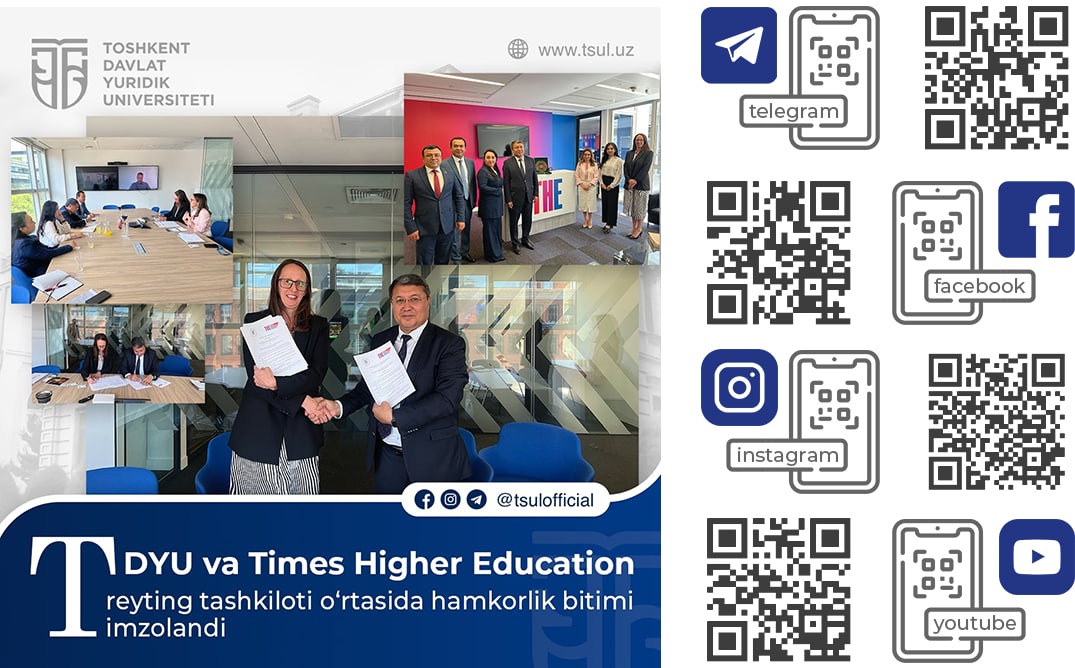 As is well known, Times Higher Education is an international rating organization that compiles world rankings of higher education institutions, which assesses research activity, quality of education and academic reputation of universities.

During his visit to the UK, a delegation of Tashkent State University of Law led by Akbar Tashkulov visited the head office of Times Higher Education and met with Phil Baty, director of education, Elizabeth Sheppard and regional director Lachin Italmazova.

As a result of the negotiations between THE and TSUL an agreement was signed on the development of cooperation and increasing the international reputation of the university.