TSUL Court - 2022 competition is over 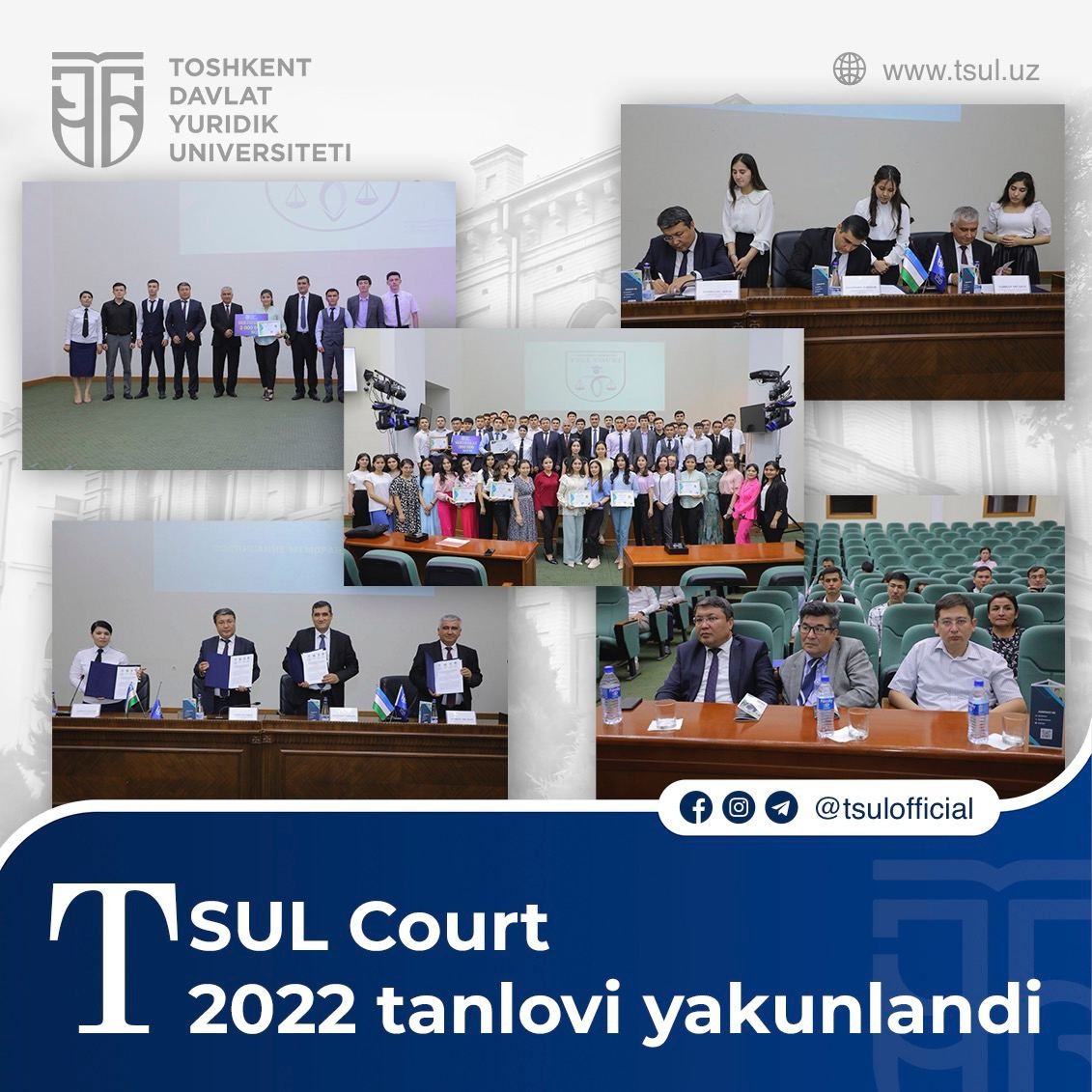 To consolidate students' theoretical knowledge in law enforcement practice, build their professional qualities as judges, prosecutors, and lawyers, and organize exemplary court proceedings promoting the acquisition of practical skills, the project was conducted jointly with district and city courts.

This year, TSUL Court competition was conducted in February and May for criminal and civil cases in academic groups.

Twelve teams of faculties, with a total of more than 1,600 students, took part in the competition. The teams included 10-15 students from each group.

During the semi-final competitions in district and city courts, the Supreme Court of the Republic of Uzbekistan provided all the necessary conditions and the students' training was assessed by judicial staff and judges.

At the end of the trial competition conducted among students of the 2nd-3rd years of the university, the following results were noted:
Among 2nd year students:
In the Uzbek language:
1st place - team "Invincible";
2nd place - team "Perfection";
3rd place - team "Triumph";

The winners and prize-winners were awarded diplomas and cash prizes.

Also, at the awarding ceremony, memorandums of cooperation were signed between Tashkent State University of Law, the Procurator-General's Office, the Bar Association, and the Supreme Court.