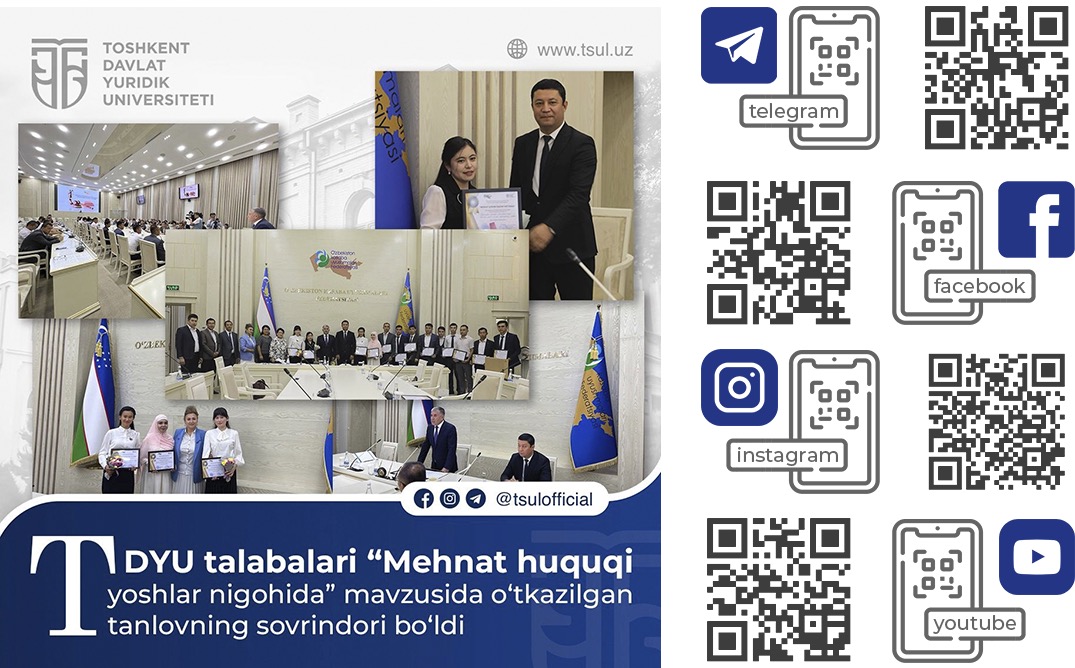 The contest, aimed at further increasing the legal awareness and culture of students, to promote among them the essence of international and national norms of labor, the development of active citizenship among young men and women, was organized jointly with the Federation of Trade Unions of Uzbekistan and Tashkent State University of Law.

For Contest the teaching staff of the labor law department of Tashkent State Law University prepared 500 tests and 600 blitz-questions on the basis of the latest innovations of the legislation.

More than 2000 students took part in the contest, which was held in two stages - online testing and oral interview.

According to the final results, the students of Tashkent State University of Law Javohir Ismoilov and Nozimjon Odilov took the second place, Oybek Ahmedov and Golibjon Nematov took the third place.