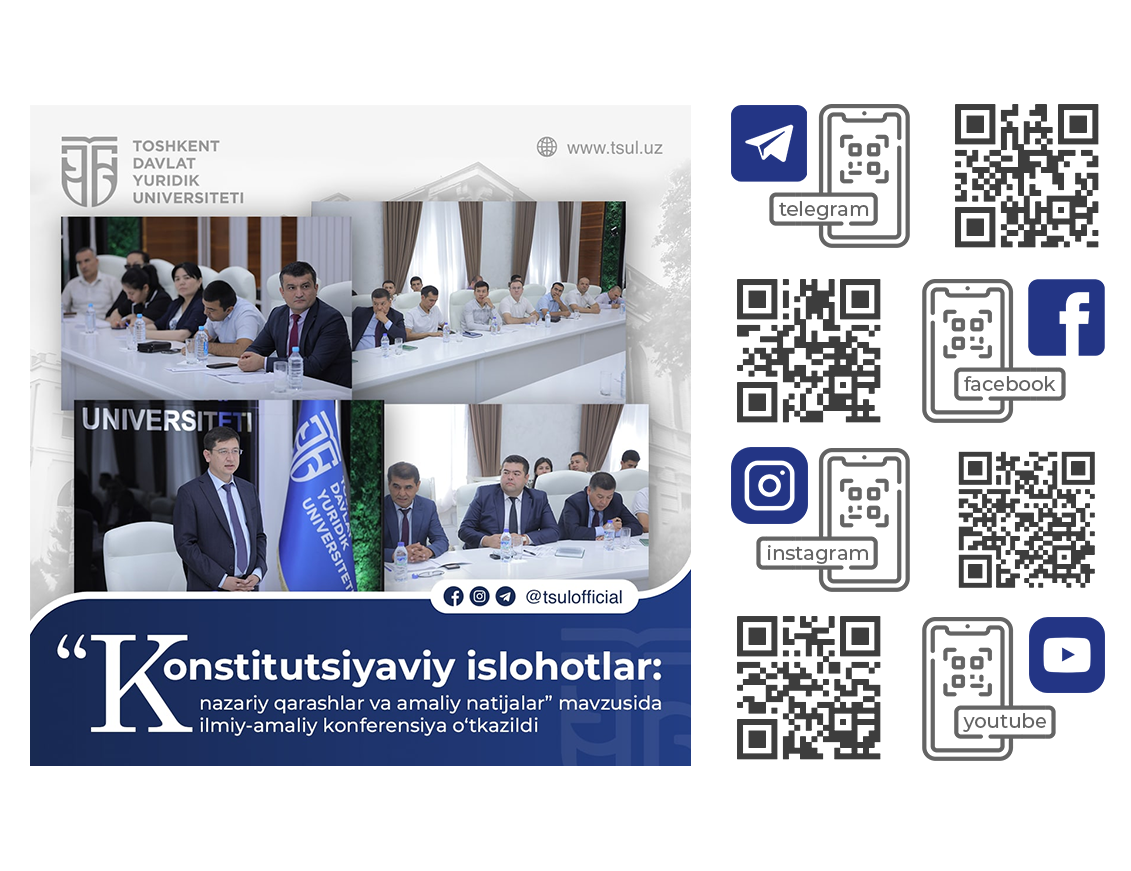 Proposals and recommendations developed during the scientific conference, which was conducted to develop an open dialogue between legal scholars, researchers, and students on constitutional reform in Uzbekistan, exchange opinions on this issue, and put forward relevant scientifically substantiated proposals and recommendations, were sent to the Constitutional Commission.