CLIMATE SERVICES TO REDUCE THE RISK OF NATURAL DISASTERS

CLIMATE SERVICES TO REDUCE THE RISK OF NATURAL DISASTERS

As a result of climate change, extreme weather and climate events are recurring and increasing in intensity, with significant impacts on vulnerable and sensitive societies.

On October 13 – International Day for Disaster Reduction – the World Meteorological Organization released a report entitled The State of Climate Services 2020.

Over the past 50 years, more than 11,000 natural disasters have occurred as a result of climate and weather events. As a result, 2 million people were killed and $ 3.6 trillion in economic damage.

“Early warning systems are a prerequisite for effective disaster risk reduction and climate change adaptation. Being prepared to respond to an incident in a timely and appropriate manner can save the lives and property of many people around the world,” said Professor Petteri Taalas, Secretary General of the World Meteorological Organization.

For timely forecasting of weather and climatic natural disasters, Uzhydromet monitors dangerous hydrometeorological phenomena. The center's specialists are developing and implementing a drought early warning system. One of the important components of the system is the forecast of water scarcity, which is important for agricultural production in Uzbekistan.

Tashkent State University of Law also holds round tables and scientific and practical conferences on this topic.

In the official social networks of the Department of Environmental Law of Tashkent State University, you can familiarize yourself with scientific articles of our professors, videos of round tables, conference programs and other interesting and useful information regarding the climate. 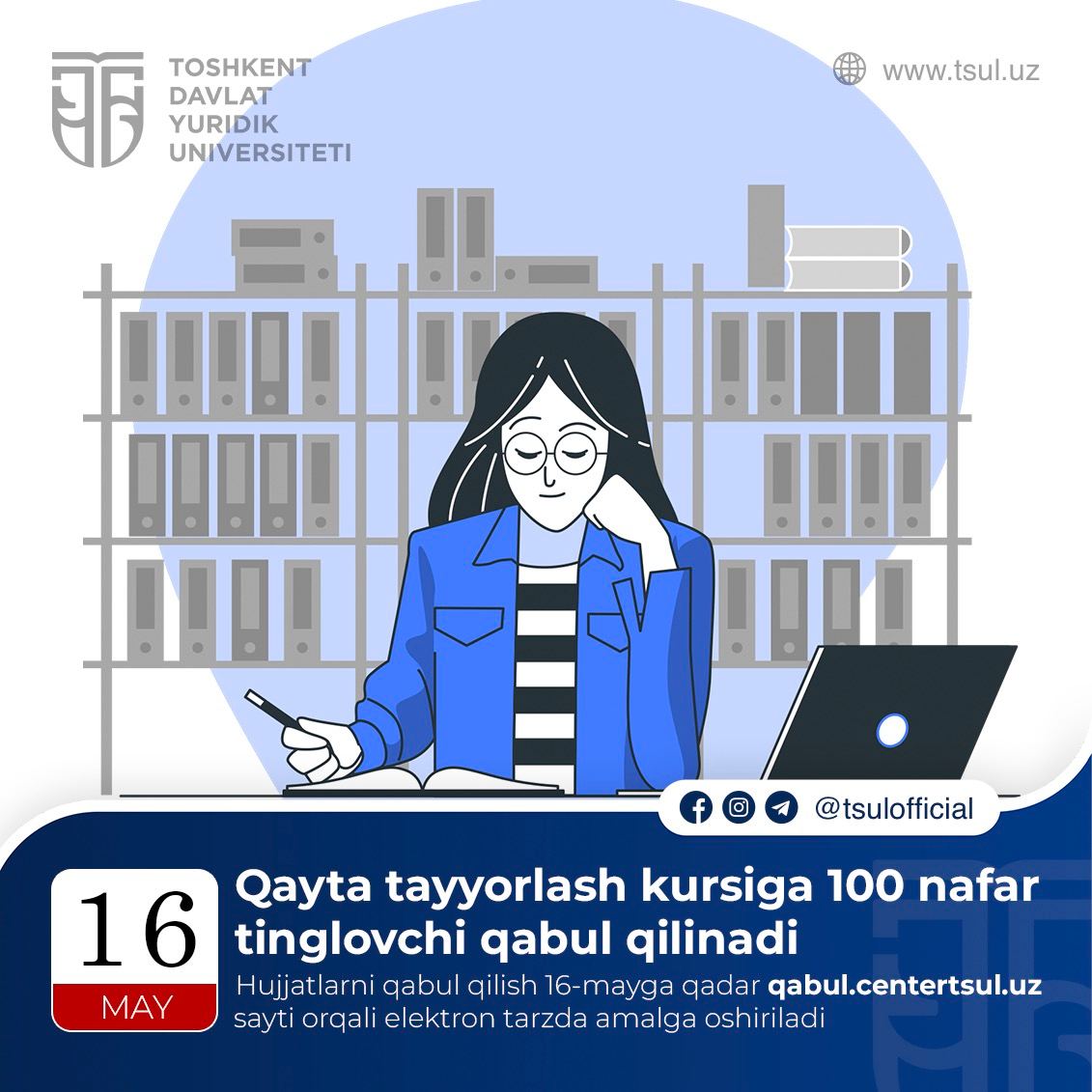 100 trainees will be accepted to the retraining course

The competition to fill vacancies is announced in TSUL

Yan
There will be online quizzes at TSUL
14

Sen
The fourth day of the Student Festival under the motto "5 important initiatives in the life of youth".
22