Djamshid Turdaliyev made a speech at the International Forum of Lawyers 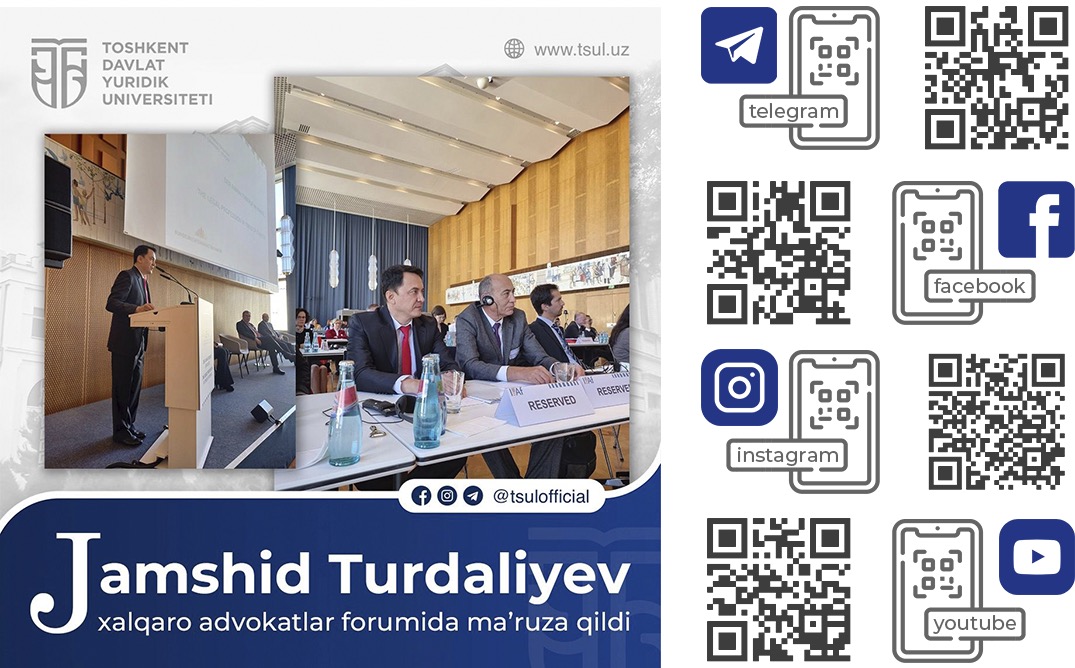 The V International Forum of Lawyers took place in Berlin.

At this International forum, Jamshid Turdaliev, the senior lecturer of Judicial, Law-enforcement, and advocacy department of TSUL, as a member of the delegation of the Bar Association of the Republic of Uzbekistan, made a report on "The development of advocacy in Uzbekistan in its historical retrospective".

The International Forum of Lawyers was attended by representatives of bar associations from 37 countries, international organizations, and German government officials.