Discussions on expanding cooperation between TSUL and the University of Cardiff 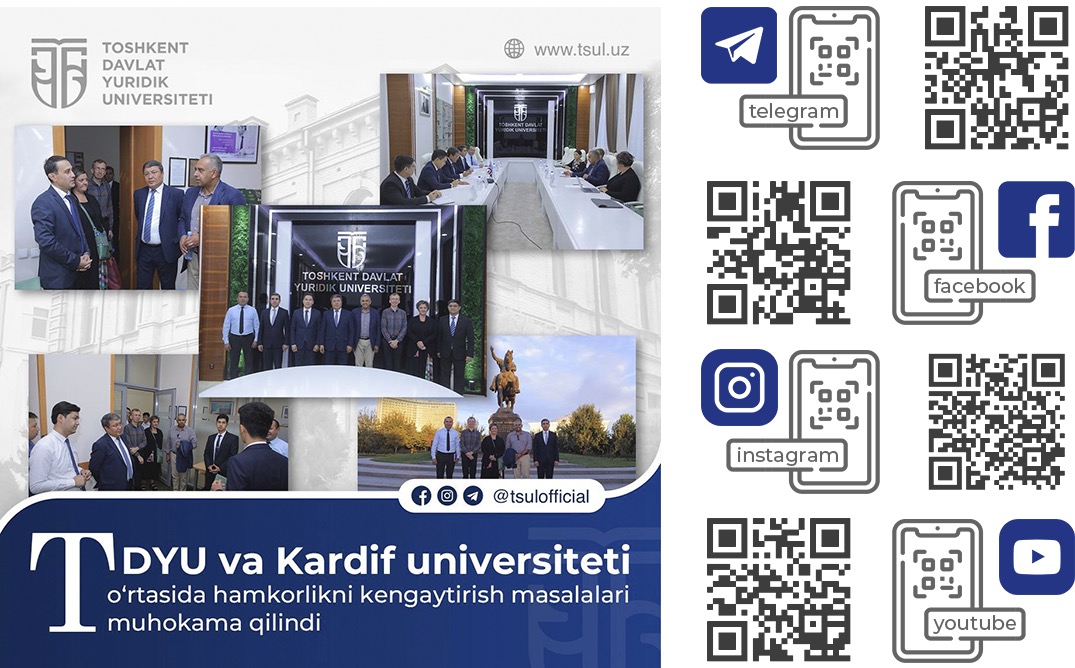 A delegation from Cardiff University in the United Kingdom visited Tashkent State University of Law.

Rector of Tashkent State University of Law Akbar Tashkulov, Deputy Rectors Islambek Rustambekov and Dilshod Umarov, Heads of Departments Rustam Umarov and Sardor Bozorov, as well as First Vice Rector of Cardiff University Urfan Khalik, Dean of the College of Humanities and Social Sciences Kenneth Hamilton and Director of International Cooperation Anne Morgan participated in the meeting organized on the occasion of the event.

The event discussed not only academic but also cultural cooperation between the two institutions of higher education, implementation of joint educational and research programs, academic exchange programs, as well as staff exchange programs, providing training of TSUL graduates in Cardiff University, attracting British teachers to TSUL and providing support for 10 standards QAA.

It was noted that the University carries out a number of works to ensure the implementation of tasks specified in the Memorandum signed during the visit of the delegation headed by the Rector of TSUL Akbar Tashkulov to Cardiff University.

In particular, it was noted that under the representatives of Tashkent State University of Law and Deputy Rector Islambek Rustambekov a working group on QAA was formed, and in this direction will be implemented a wide range of measures.