Teachers of TSUL will have an internship at George Washington University 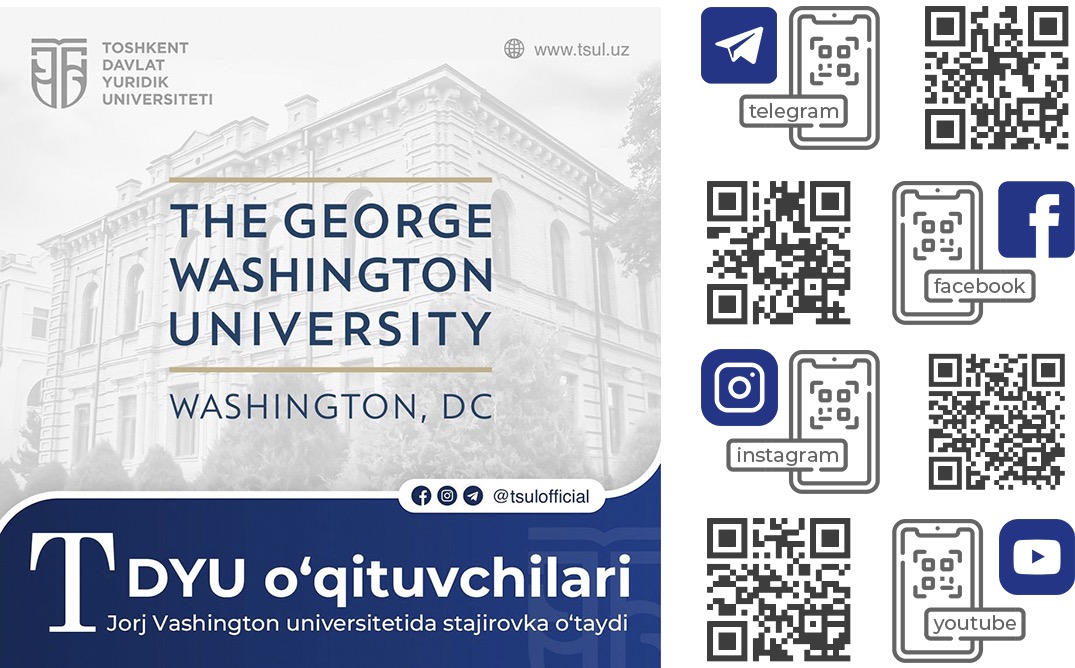 Tashkent State University of Law was visited by representatives of George Washington University.

During the meeting, the guests were informed about the activities of the University and the development of legal education and science.

During the meeting, they discussed current issues of legal education at Tashkent State University of Law. In particular, the peculiarities of syllabus development, the introduction of a credit module system for members of the Legal Clinic, the use of modern methods of education in the educational process, the importance of establishing cooperation with state organizations, processes of admission to TSUL and work on strengthening the role of women in society.

It was noted that Tashkent State University of Law in the development of syllabuses special attention is paid to the formation of practical skills of students, and the curricula are introduced into currently relevant subjects, such as "Cyber Law", "Artificial Intelligence Law", as well as subjects related to the activities of the Legal Clinic - clinical subjects, pro bono subjects.

During the event, participants also discussed one of the hot topics - gender equality. It was emphasized that a lot of work is being done in this direction. In order to increase the socio-economic and political activity of women, strengthen their role in society, to ensure gender equality, starting from this year the amount of tuition fees for women studying at state universities is paid by the state.

In addition, the meeting participants exchanged views on the implementation of internship programs with George Washington University for TSUL staff.